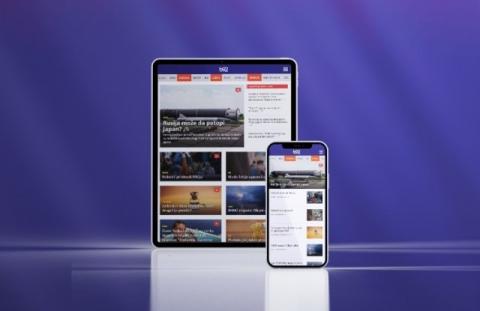 The values ​​it has respected since its founding, B92.net continues to nurture - independence, innovation, impartiality and objectivity, in future through membership in this relevant Association of Serbian Media (ASMEDI).
"B92.net wants to preserve the acquired reputation of a professional media, for which it is known in the region and the world, and to be an organization that its employees are proud of. In addition, we want to find partners in everyone who is interested in improving the media environment in Serbia, through joint action and initiatives to influence the improvement of professional and ethical standards in the media industry. Also, to deal jointly and more efficiently with the challenges brought by the 'new normalcy', among other things in the sphere of business. The wheel of digitalization is inexorably accelerating in the context of the COVID-19 pandemic, in which we as a digital platform see our great chance, so we perceive a great room for maneuver in the membership in the Association of Media to work strategically on further regulation of the media market", said Tamara Velkovski, director of the B92.net portal.

The story of B92 began on May 15, 1989, with airing a youth radio program, which covered the territory of the wider center of Belgrade, from a room not more than 15 square meters wide, Radio B92 soon became one of the leading representatives of independent journalism.
B92.net website was created in 1996 out of the need to overcome the bans on broadcasting radio programs and provide the public with an alternative way of informing. To this day, it nurtures and encourages social responsibility, education, creativity, mutual respect and respect for diversity.