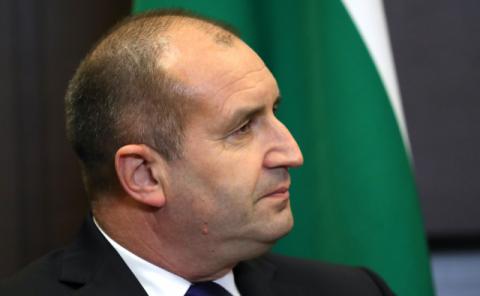 Bulgaria expects the bilateral dialogue with the Republic of North Macedonia to lead to concrete results.

This was stated by President Rumen Radev in a telephone conversation with Commissioner Oliver Varhei, which was held at the initiative of the European Commissioner for Neighborhood and Enlargement, the press service of the head of state reported.

Bulgaria is open to dialogue, has asked clear questions to its southwestern neighbor and expects answers, as well as real follow-up by the Republic of North Macedonia, the head of state stressed.

Macedonian Media: Bulgaria will not lift the Blockade for Membership of RNM in the EU

According to the Bulgarian president, the agenda of bilateral relations between Sofia and Skopje should not be subject to external influences, but should be openly and with commitment from both sides, which would move forward the process of RNM's European integration.

Rumen Radev highlighted the respect for the rights of the citizens of North Macedonia, who openly demonstrate their Bulgarian identity, as well as the sustainable eradication of hate speech and respect for Bulgarian history and cultural heritage in our southwestern neighbor.