Djokovic spoke up: I want to distance myself; "I've always tried to be apolitical" 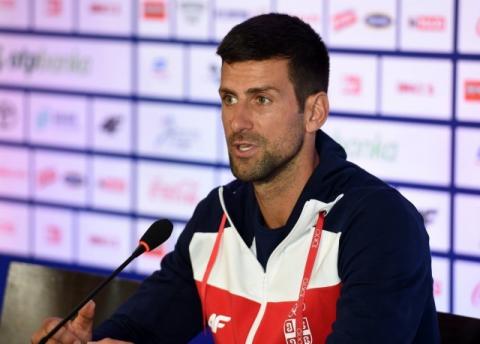 "Given the current civil protests throughout Serbia, which indicate the need for a serious and concrete approach to important environmental issues, I decided to address the public, convinced of the great importance of these topics for all of us," Djokovic wrote, adding:
"I am aware that there are other demands that are heard at the protest, which have a political connotation. I want to distance myself from 'position' and 'opposition', political currents of any kind. I have always tried to be apolitical. One cannot emphasize one's personal attitude and opinion on the basic elements for life and health such as Air, Water and Food without being "marked" as a leftist, rightist, oppositionist, democrat, progressive, socialist, etc."
According to him, he personally chooses whether to go public and says what he thinks about some topics.
"Despite that, I personally choose to go public and say what I think about certain topics that I think are very important. I have not hesitated in the past to take a stand and fight for tennis players and athletes who need a voice and help from some 'louder' names in our sport. Although it has often put me in an awkward position in the context of the media and the condemnation / criticism I have unjustly received and continue to receive, I will not give up fighting for justice and truth."
"I am grateful to be aware of this and try to adhere to the true values ​​and principles of life that I believe are the basis of every individual's life and healthy society. I hear comments - that one athlete 'interferes where he does not belong', but I am a man primarily, and then an athlete or anything else. Like everyone else", Djokovic wrote.
"In professional tennis, in order to reach the top level of results, and stay...