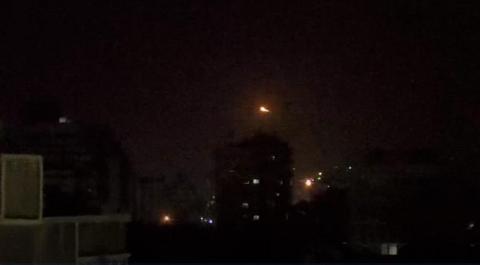 "The Israeli enemy carried out an air assault at dawn... targeting several positions around Damascus," the military source said.

"The investigation indicated that four soldiers were killed, three others injured and material damage noted."

The latest strike follows another near Damascus on April 14, without casualties, according to SANA.

Since civil war broke out in Syria in 2011, Israel has carried out hundreds of air strikes inside the country, targeting government positions as well as allied Iran-backed forces and Shiite militant group Hezbollah.

While Israel rarely comments on individual strikes, it has acknowledged mounting hundreds since 2011.

The Israeli military has defended them as necessary to prevent its arch-foe Iran from gaining a foothold on its doorstep.

The conflict in Syria started with the brutal repression of peaceful protests and escalated to pull in foreign powers and global jihadists. It has killed nearly 500,000 people.