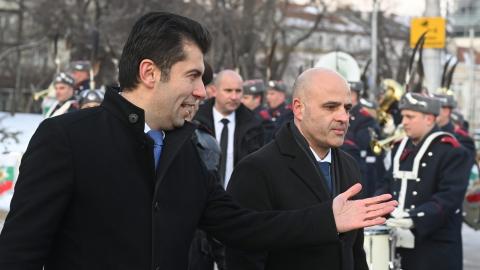 At a debate held in Skopje on Monday, experts said that if media leaks about the unpublished draft are correct, it could further weaken the country's position and only complicate the EU enlargement process even more.

One of the main concerns at the debate organised by the Institute for Democracy-Societas Civilis and the European Policy Institute, two Skopje-based think tanks, was a reported provision in the proposal.

This supposedly says that before starting actual EU accession talks, North Macedonia would have to insert Bulgarians into the country's constitutional preamble as one of the constitutive ethnicities that form the state.

"If we accept this proposal, it would put us in a very unpleasant, self-destructive situation as a country," the head of Societas Civilis, Marko Trosanovski, told the debate.

He argued that while this would allow Brussels and the French EU presidency to boast about their success over the EU enlargement agenda, in reality, North Macedonia won't be able to deliver and would remain stuck.

"We cannot deliver a qualified majority [a two-thirds majority in parliament] to insert the Bulgarians into the constitution and we won't be able to do so in the foreseeable future," he said.

"This would leave the country in a weightless state where on one hand we will have the EU negotiations launched but we will not be able to make any progress, so we will be stuck in internal, interethnic and intra-Macedonian antagonisms," Trosanovski said.

He was referring to the...