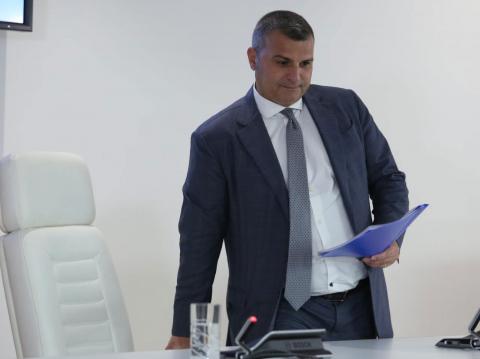 Bank governor Gent Sejko warned the country that a current inflation rate of 6.7 per cent might not have peaked, adding that while the country is expected to avoid a recession, growth will likely fall.

"Our basic scenario suggest that the inflation rate will peak not far above the current level during the third quarter of this year," Sejko said.

Like most countries in the West, Albania is facing price inflation due to sharp increases in the prices of imported goods such as oil and foodstuffs. This has raised the specter of "stagflation", last seen in the 1980s, which is when the economic growth is stagnant while inflation remains high.

"Inflation poses the biggest danger that threatens the long-term sustainable growth of the country," Sejko underlined.

Albania's economy posted strong growth in the first quarter of 2022 following its recovery from the pandemic-induced recession in 2020. However, fuel imports have decreased since then, due to the sharp increases in prices, which suggests that the economy is slowing down.

Albania is net importer of processed fuels, food and electricity while its exports are mainly concentrated in crude oil, minerals and clothes. It has a large current account deficit.

Despite these troubles, Albania's currency, the lek, is strong and is currently priced at its best rate in decades, at 118 leks per euro. Last year's average was about 125.

Some suggest that the money laundering activities of organized crime groups which invest their cash in tourism and construction explains why the currency has strengthened despite the large current account deficit.