Bulgarians made 653.6 thousand trips abroad in September 2019, up 3.2% compared to September 2018, the National Statistical Institute (NSI) said in a press release.

Despite that danger, Bosniak, Bosnian Croat or Bosnian Serb politicians and their affiliated media continue to confuse and frustrate both the local and international public by clinging to their conflicting, outdated and unrealistic narratives.

This is carried out by the Plusinfo portal.
President Pendarovski explains that it will be on hold until the accession negotiations with the EU begin as a part of the Prespa Agreement that deals with internal and external communication and the use of the new state name.

France's opposition to the EU starting accession talks with North Macedonia has raised questions about the likely impact on its landmark agreement with Greece.

The international relations secretary of North Macedonia's nationalist opposition has said that if his VRMO-DPMNE party is voted to power in April, it would challenge the name deal signed with Greece in 2018.

The international relations secretary of North Macedonia's nationalist opposition has said that if his VRMO-DPMNE party is voted to power in April, it would challenge the name deal signed with Greece in 2018.

A privileged special partnership would be a substitute for a full membership.
According to the proposal, financial support, special arrangements for access to European markets and other benefits would be offered to the Western Balkan countries in exchange for a "silent withdrawal" of full membership.

The European Union commissioner for enlargement, Johannes Hahn, on Thursday lamented last week's decision not to open accession talks with North Macedonia and Albania as "a matter of deep disappointment."

In opening remarks at the European Parliament plenary debate on opening the accession talks, Hahn said that EU leaders have "failed to live up to their commitment." 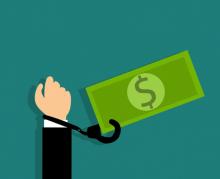 Bulgaria and Northern Macedonia must work together to create an environment of intolerance for corrupt practices. The interior ministers of the two seniors, Mladen Marinov and Oliver Spasovski, said this.

Consideration is also being given to creating a single number for both neighboring countries, to which citizens report corruption in state structures.

MEPs from the Greens/EFA group in the European Parliament on Wednesday submitted a motion for a resolution condemning France for vetoing the opening of accession negotiations with Albania and North Macedonia during the European Council summit last week.

President of Serbia, Aleksandar Vucic stated this, adding that the only responsible approach is to rely on ourselves.
Such a decision, despite reform efforts taken by Albania and Northern Macedonia, made it clear to the region that "it is not all up to us", Vucic said in an interview given to the Financial Times, entitled "Balkan nations bank on regional ties after EU snub".

The US Senate has voted overwhelmingly to ratify North Macedonia's entry into NATO as the alliance's 30th member.

Senators voted 91-2 on Tuesday to approve North Macedonia's accession to the North Atlantic Treaty Organization. The no votes came from Republican Sens. Rand Paul of Kentucky and Mike Lee of Utah.

Despite disappointment with the decision of certain European leaders not to start European Union accession talks with North Macedonia, the country's political forces appear to have kept their eye on that goal, which means they still have to fulfill the commitments they have made.

Prime Minister Kyriakos Mitsotakis pledged on Tuesday that the long-delayed Thessaloniki metro will be up and running in April 2023.

After two meetings with local officials at the Ministry of Macedonia-Thrace, he said he was pleased that timetables are being kept, adding that the problems with the city's public transport will improve at the start of 2020.

Jean-Claude Juncker and Donald Tusk have made statements on Brexit's conclusions at last week's European Council, the European Union reported. They were also joined by Manfred Weber, with statements on Turkey and its Syrian operation. The issue of rejection of negotiations with Northern Macedonia and Albania was also addressed.