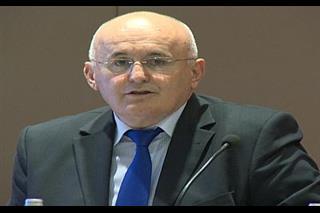 BELGRADE - Serbia is using only 30 per cent of its potential in terms of agricultural and food exports to the European market, as there is not enough surplus of goods, Milorad Sredanovic, Delta Agrar's Vice-President for agriculture said on Monday.

He noted that the total value of agricultural production in Serbia amounted to EUR 4 billion in 2013, while EUR 1.5 billion worth of food was exported.

"Serbia currently exports nearly 60 per cent of its agricultural and food products to the EU," Sredanovic said at the conference “Agricultural Policy of Serbia", adding that over the past four years Serbia has reported a food trade surplus with the EU amounting to EUR 400 million at an annual level.

Sredanovic underlined the need to increase the value of production per hectare in Serbia from the present less than EUR 1,000 to EUR 1,500.

He pointed to the example of the Netherlands, a country with around 1.9 million hectares of arable land, or approximately the area of Vojvodina, which managed to export as much as EUR 80 billion worth of food in 2013.

Sredanovic noted that based on its capacities, Serbia should easily increase its agricultural and food exports to EUR 10 billion.

The “Agricultural policy of Serbia” conference held at the Crowne Plaza was organized by NIN Fokus with the support of the Ministry of Agriculture, and Tanjug news agency as its media partner.

Lucic: Telekom’s strategy is clear - we will expand