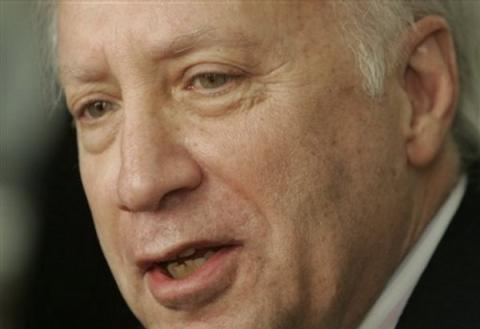 On arrival in Skopje on Monday, UN mediator Matthew Nimetz said he was bringing no new proposal on his two-day visit, but rather old ideas that were worth considering further.

“I don’t have a new proposal but I have some things in my head," Nimetz told reporters.

On Wednesday, Nimetz is expected to travel to Athens for more talks with Greek officials.

Before visiting the region, last week, Nimetz sounded upbeat, saying that this time he expected “substantial progress” in the hitherto stalled search for a resolution to the conflict over Macedonia's name.

Foreign Minister Poposki in turn called the statement encouraging and asked for greater international involvement so that talks could move forward.

Nimetz’s statements “were optimistic and in the direction of increasing the communication and intensifying the dialogue in order to boost opportunities for a solution. This is encouraging for us and we will use this period to put wind in his sails,” he said.

The fresh round of talks comes ahead of a NATO summit in September in Cardiff where Macedonia, Montenegro, Bosnia and Georgia all hope that their membership hopes will be up for consideration.

The last round of UN-sponsored name talks took place in April in New York, when Nimetz conceded that no significant progress was made.

Greece blocked Macedonia's accession to NATO in 2008 and it is currently blocking Macedonia's attempts to join the EU in connection with the name...