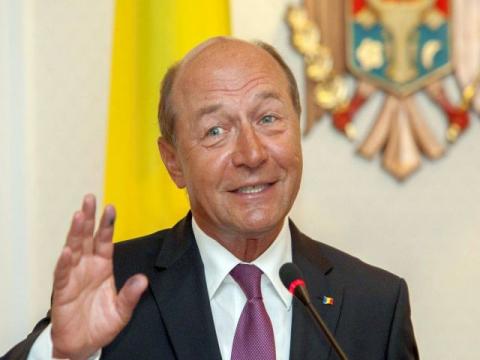 While many Moldovans are seeking Romanian citizenship to gain entry to EU countries, Romania's former president, Traian Basescu, and his wife, have taken the opposite course and are seeking Moldovan citizenship.

"We decided to show our support for Moldova this way. While I was president of Romania, some 500,000 Moldovans obtained Romanian citizenship. So, why not have the same citizenship if we share the same origin?" Basescu said on Sunday.

Romanian law defines citizenship based on nationality rather than residence.

Citizens who can demonstrate that either they, their parents, or their grandparents are of Romanian origin or lived in territories that were part of Romania before the end of World War II are eligible for dual citizenship.

The law applies to citizens of the Republic of Moldova, Ukraine, Serbia and Bulgaria.

Basescu and his wife applied for Moldovan citizenship on March , and their requests are currently pending approval.

The legal deadline for approving citizenship applications is one year but the Moldovan authorities could also approve their requests more quickly than that. In some cases, applications were approved in three or four months, according to reports.

Some reports even said Basescu may try to run in the next presidential elections in Moldova, which are due in the coming months, but the former Romanian president has declined to comment.

Basescu, who strongly supported Moldova's European integration during his terms in office between 2004 and 2014, has also declared that the "reunification" of Moldova and Romania could become possible in the near future.

Moldova was part of Romania from 1918 to 1940 when it was annexed by the Soviet Union. It became independent...