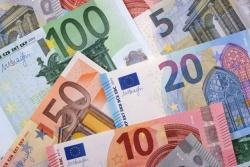 Croatia has filed a formal application to join the European Monetary Mechanism (ERM-2), an early stage on the road to euro membership, also known as the eurozone "waiting room," Reuters reported, quoted by Econ.bg

At a special press conference, Sentenu noted that the commitments proposed by Croatia in her formal letter of request were welcomed by the finance ministers of the single currency bloc during the Eurogroup meeting on Monday.

"This is the first step in the path of Croatia's joining the euro area, and we welcome the Croatian government's decision to join the euro family and support it along this path," the Portuguese finance minister said after meeting with his counterparts in other eurozone countries in Brussels.

European Economic Affairs Commissioner Pierre Moscovici said in turn that Zagreb's move is "a vote of confidence for the euro".