Vienna Is the World's Best City to Live in 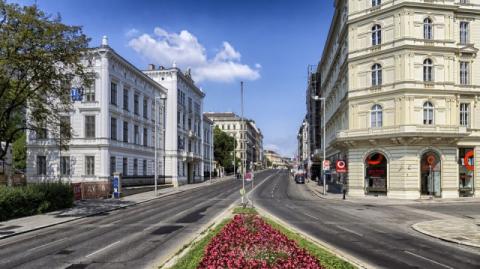 Vienna is the most enjoyable city to live in for the second year in the 2019 Economist Intelligence Unit rankings. The Austrian capital is followed by Melbourne, France Press and Reuters reported. Paris has been swept down due to protests by the "yellow vests" movement.

The Austrian capital attracts tourists with classical music concerts and its imperial history, but it also has plenty of green spaces, excellent public services and a safer environment, which is why last year it took the place of Melbourne which occupied the first place for seven years.

The difference between the two cities is minimal - 0.7 points out of 100. Vienna receives 99.1 points in the 2019 ranking, published today, just as it had last year. Melbourne scores 98.4 points and Sydney scores 98.1 points.

The top ten are dominated by Australia and Canada, with three cities each. Japan is also in this group with Tokyo and Osaka. Copenhagen ranks ninth.

Paris has lost five positions and ranks 25th because of the impact of the "yellow vests" protests, BTA reported.

The lowest places in the rankings are occupied by the most unattractive cities in the world - the last is Damascus, behind Lagos, Dhaka, Tripoli and Karachi.

The ranking of the 140 cities is based on criteria including living standards, crime, infrastructure, transport network, access to education and medical care, economic political stability. For the first time, the impact of climate change on the quality of life is also reflected: in this regard, Cairo and Delhi are penalised for poor air quality and poor water supply.