Athens seeks to bolster ties with Moscow in official visit 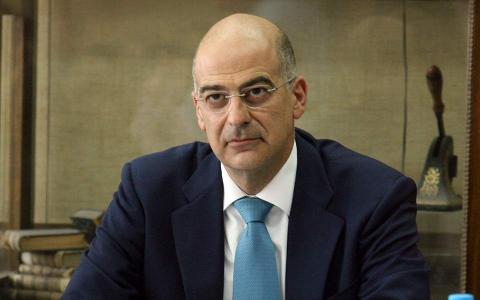 Foreign Minister Nikos Dendias is due in Moscow on Wednesday for an official visit which is aimed at boosting Greece's bilateral ties with Russia as the latter's geopolitical influence grows in the Middle East and Eastern Mediterranean.
Dendias and his Russian counterpart Sergei Lavrov are expected on Wednesday to sign a three-year plan committing to bilateral talks on key issues.
According to Greek diplomatic sources, the two men will also discuss the situation in Syria, amid Turkey's ongoing incursion there. Discussions will also include Turkey's continuing transgressions in the Eastern Mediterranean.

Athens is keen to restore ties with Russia that were sorely tested in the summer of last year following the expulsion of Russian diplomats from Greece.

In comments ahead of his visit on Tuesday, Dendias underlined the "historical ties of friendship and...