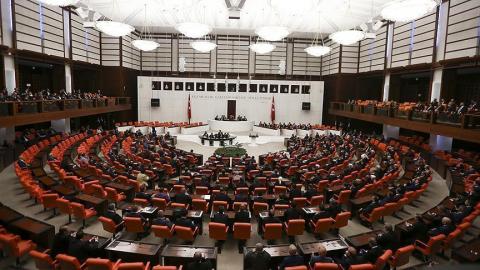 The dispute surfaced two weeks ago when main opposition Republican People's Party (CHP) submitted a research proposal to parliament, calling for the "revelation of the political leg of FETÖ."

The CHP on Jan. 12 submitted a research proposal to the speaker's office of parliament, under the signatures of the party's group deputy chairs Engin Altay, Özgür Özel and Engin Özkoç.

The CHP's proposal text recalled that the coup attempt is not the only case harming Turkey, but the court cases such as Ergenekon, Sledgehammer and others caused the Turkish army to be restructured in the interest of FETÖ members.

The justification of the proposal said: "Turkey's coup attempt of July 15, 2016 remains as one of the most serious incidents in the history of the Republic. It is a historical duty not to keep in the dark the organization structure of FETÖ, the perpetrator of this treacherous attack, in which hundreds of innocent civilians lost their lives and thousands were wounded, and to expose the political, commercial, military, judicial, security and all other legs."

The first reaction to the CHP's proposal came from the ruling Justice and Development Party (AKP) as Deputy Chair Mehmet Muş said on Jan. 13 the main opposition party had shown "no real effort" after the coup attempt.

He also said that calling for such a research commission after four years has a political subtext.

"We did not hear a single word from the CHP when we were putting up an uphill battle with FETÖ," Muş had said.