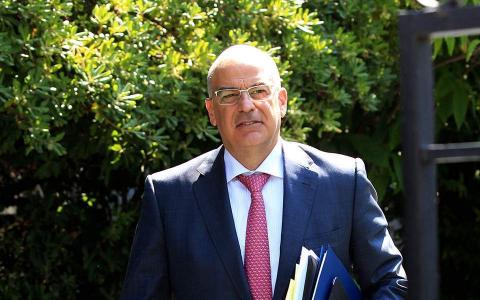 Before the main meeting, Dendias will attend two "working breakfasts," one with Albanian Prime Minister Edi Rama and the other with his fellow foreign ministers from the center-right European People's Party. Dendias will also attend a meeting of donors to Albania who mobilized after last November's deadly earthquake.

During a break in the council meeting, Dendias will also have a one-on-one with his Estonian colleague, Urmas Reinsalu. Estonia currently holds one of the non-permanent seats at the United Nations' Security Council.

The council itself has quite a broad agenda. EU foreign ministers will discuss developments in the Middle East, the Sahel (the African region bordering Sahara), Venezuela and the Western Balkans, where several countries hope to join the...