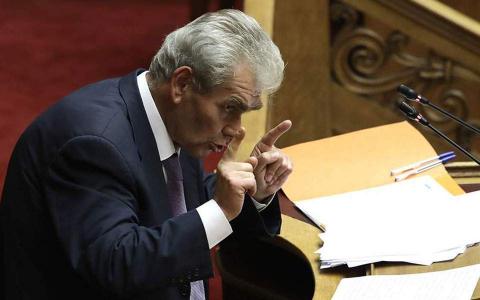 A proposal was submitted to Parliament on Monday by some 30 MPs of the ruling New Democracy party asking for the expansion of the indictments against former alternate justice minister Dimitris Papangelopoulos, who is accused of politically motivated interference in the investigation into the Novartis bribery case.

"We have drawn up today and we are submitting to the Greek Parliament a proposal to expand the number of offenses which Mr Papangelopoulos allegedly committed with the participation of third parties during the exercise of his duties," said Stavros Kalafatis, the secretary of New Democracy's parliamentary group in an announcement.
A parliamentary committee is conducting a preliminary inquiry into the handling of the Novartis bribery case by the former SYRIZA administration.