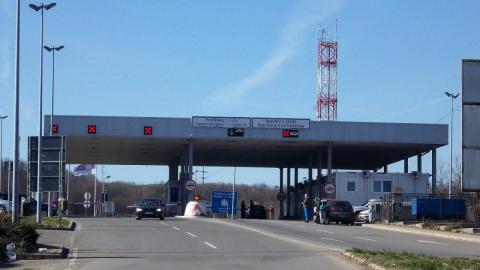 Several thousand residents of a small border town in Serbia had to spend almost a month in self-isolation because they had bought petrol over the border in Bosnia and Herzegovina, and so were classed as having re-entered the country from abroad.

Just over 2,200 residents of Loznica in western Serbia were forced into 28 days of self-isolation in connection with the COVID-19 pandemic, BIRN Serbia reveal.

Loznica is on the border between Serbia and Bosnia and locals often cross the Drina river into Bosnia to buy fuel, which is cheaper there.

But due to the COVID-19 pandemic, Serbia a imposed state of emergency on March 15. Since then, all residents re-entering the country must go into 14 or 28 days of self-isolation, depending on the country they are coming from.

BIRN analysis showed that the authorities did not inform people clearly about their obligations, which caused much confusion and even jail time for some people.

According to data from the end of March about people in self-isolation, Loznica was the second town in Serbia in terms of the number of house-isolated people, with 2,238. Serbia's capital, Belgrade, was in first place.

Zoran Vucetic, from Loznicko Polje, one of the residents who had to go into self-isolation, said he had visited a petrol station in Bosnia some 50 meters from the bridge and was there only to refuel his car and come back.

"I had no idea what was going on," he said. "I was informed about self-isolation the day before 14 days had passed since I crossed the border. On the thirteenth day, a woman called and told me that the next day was my fourteenth day of self-isolation - and that I should stick to to the measure for as many more days", Vucetic said, meaning another 14 days.

US Elections: the Final Trump-Biden Debate Was More Civilized, with Many Accusations

New Order: Bulgaria's Nightclubs To Be Half Full

Bulgaria Sets The Clocks Back to Winter Time