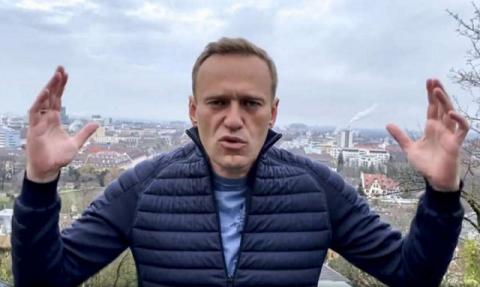 Russia's prison service says it has orders to detain Alexey Navalny, a statement made days before the opposition politician is due to return to Russia after recuperating abroad from a suspected FSB poisoning.

Navalny could face prison time when he gets off the plane in Moscow on Sunday. Officials said they would take him into custody for failing to appear for parole reviews after he was attacked with a novichok-style poison in August.

The assassination attempt left the opposition leader fighting for his life in a Siberian hospital before he was transferred to Germany for treatment.

While there, he took part in a Bellingcat investigation that traced an FSB hit team which shadowed him around Russia and elicited a confession by telephone from one of the men who took part in the operation.

The revelations were deeply embarrassing for the Kremlin. Russian president, Vladimir Putin, called the report a "falsification" and accused Navalny of being backed by Western intelligence agencies.

Since then Russian government agencies have put pressure on Navalny to stay in exile, opening a new criminal case for fraud against him and threatening to review a probation from a 2014 conviction that he has called politically motivated.

Nonetheless, Navalny said this week that he planned to fly back to Russia. "The question of returning or not was never before me," he wrote in an online post. He also invited his supporters to meet him at the airport, likely sparking a protest if he were to be taken into custody.

On Thursday the government for the first time said it would seek the opposition leader's arrest, virtually ensuring a showdown when Navalny arrives at Moscow's Vnukovo airport on a Pobeda flight from Berlin, scheduled to land at...