Bratušek confirmed as MP in place of late Kramar 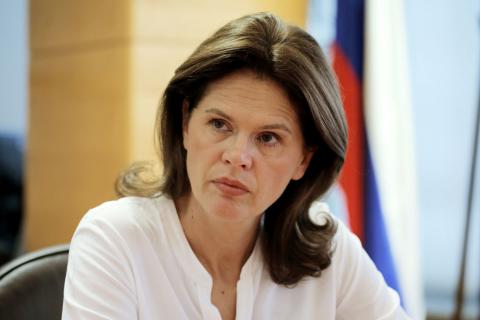 Ljubljana – Alenka Bratušek, the leader of the opposition party carrying her name, was confirmed as a member of the National Assembly on Wednesday to succeed late Franc Kramar following a session convened in his honour.

In his address, National Assembly Speaker Igor Zorčič described Kramar as a man of action who earned respect for building bridges between people, while fellow party member Maša Kociper said he would be remembered as an upright and proud man.

“He was determined, persevering, full of energy and one of those who through his wisdom, composure and calm voice spread the spirit of cross-party cooperation from these benches,” said the speaker.

Kramar died at the age of 60 on Saturday after a long illness had kept him away from parliament for a while. Before being elected to the National Assembly on the SAB party ticket in 2018 he served as mayor of Bohinj for twenty years (1994-2002 and 2006-18).

It was his service as the mayor and his efforts to reach a broad consensus to pass amendments to the legislation on the Triglav National Park that were listed among his achievements at the session, which was also attended by President Borut Pahor, Prime Minister Janez Janša and National Council Speaker Alojz Kovšca.

Bratušek, 50, will succeed Kramar by virtue of her having achieved the second best result for her party in the Kranj electoral district.

She served as Slovenia’s only woman prime minister to date between 20 March 2013 and 5 May 2014, at the time when the country was on the brink of having to ask for an international bailout.

The post Bratušek confirmed as MP in place of late Kramar appeared first on Slovenia Times.