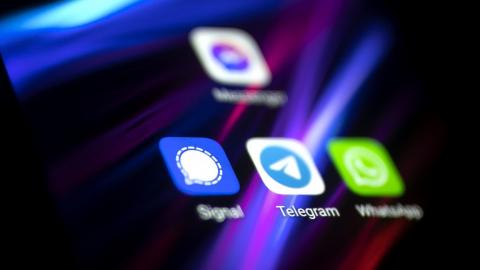 Seferi cited blocks on Telegram in countries such as Azerbaijan, Bahrain, Belarus and China, but cautioned against following such a route given the risk of it being construed as censorship by those using the app for its primary purpose of simple communication.

"The government could try and reach an agreement, or communicate with Telegram to close specific channels or seek cooperation in prosecuting the perpetrators of such acts," he told BIRN.

Law not being applied

The phenomenon has triggered heated debate in North Macedonia; a number of victims have spoken out publicly about how some of the 7,000 users of Public Room shared explicit, private photos of them or took pictures from their social media profiles and shared them alongside the names and phone numbers of the victims.

One of them, 28 year-old Ana Koleva, met Justice Minister Bojan Maricic over the weekend to discuss her own harrowing experience after her pictures began circulating in the Telegram group and elsewhere and she was bombarded with unwanted messages and phone calls.

Some victims, including Koleva, said they appealed to the police for help but were bluntly dismissed.  One reason given by police was that they were unable to act unless the victim was a minor.

Critics say the group's re-emergence exposes the failure of authorities to stamp it out in the first place.

"The 'Public Room' case revealed the inertia and inability of the authorities to act in such cases of violence and harassment of women and girls," said Skopje-based gender expert Natasha Dimitrovska. "Although there are laws, they are not implemented."