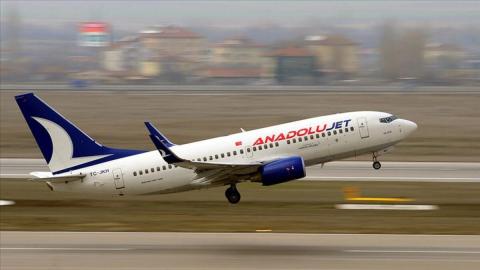 Opening new routes in Europe and the Middle East, AnadoluJet, a subsidiary of national flag carrier Turkish Airlines, is set to increase flights to touristic hotspots on the Turkish Riviera this summer, it said in a statement on March 31.

AnadoluJet will run 102 flights a week from 19 new destinations in Europe and the Middle East to Antalya province on Turkey's Mediterranean coast and the Dalaman and Bodrum districts in Muğla province further west, according to the carrier's statement.

Commenting on the decision, Ilker Aycı, chairman of Turkish Airlines, said the carrier was backing Turkey's tourism sector thanks to its new routes.