The main CIA man in Serbia was Iceman who betrayed Milosevic 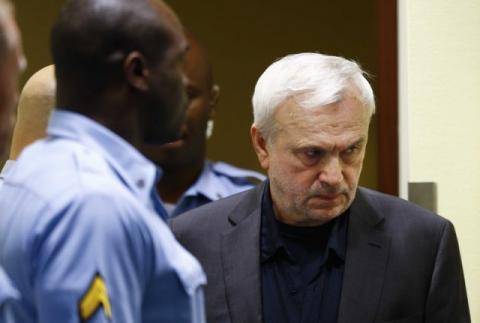 Allegedly, the article writes about Jovica Stanisic who revealed the secrets of the Milosevic regime and the location of mass graves in Bosnia to his colleagues from the Central Intelligence Agency, but also spread gossips about Milosevic and called him "terrible, insincere and corrupt", Blic reported.

As a favor, the Central Intelligence Agency, as "Blic" further reports, took him on a study trip to the CIA headquarters in 1996, where he received a warmly welcome. American colleagues took him to a jazz session at the Blues Alley Club in Georgetown and drove him to the east coast of Maryland to duck hunting.
John Deutsch, the head of the CIA in those days, even presented him a 1937 Parker shotgun, a highly valued collector's item.
The Belgrade daily reminds that the cooperation between Stanisic and the CIA was also confirmed by Wayne Jordash, who was a lawyer to Mr. Stanisic, who stated in The Hague that Stanisic contacted the CIA in 1991 and that in 1993 he took the CIA operatives to the locations of mass graves in Bosnia.
Once Stanisic appeared before The Hague tribunal on charges of taking part in a joint criminal enterprise with Milosevic aimed at removing Bosnians and Croats from parts of Bosnia and Croatia in order to establish an ethnic Serbian state, the former Serbian Secret Service chief called on friends from CIA. And they extended their hand to him, the text states.
A secret document was submitted by the CIA to the Hague Tribunal, listing all of the merits of Mr. Stanisic, as a kind of confirmation of his "good role", with the condition that the document remains sealed.
William Lofgren, a retired CIA agent in Belgrade who was in charge of Stanisic explained that the CIA presented the file to show "that this...