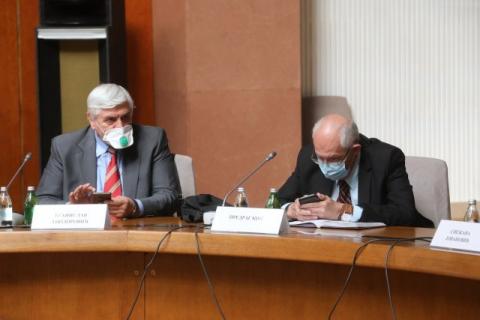 Epidemiologist Dr Predrag Kon told RTS that vaccination is the only way out of the epidemic, but also that citizens should not be worried about checking antibodies, since that is only one of the indicators of immunity.
A member of the Crisis Staff also says that the epidemic situation is better and that the decline in new cases is still being registered, which, as he stated, is a good indicator, as well as that there are no visible consequences of the extended holidays, which is good news.
"It is similarly decreasing in Belgrade, as well as in the whole of Serbia, which is also good news. The coverage of immunization is growing, it can be seen day by day, which is the third, perhaps most important news and the fact is that it is already clearly visible that where the coverage is higher, the number of newly infected people falls faster", Kon stated being hosted in the RTS morning program.
He emphasized that the only way out is to get vaccinated.
Kon pointed out that "we have to endure this huge need to relax." "That does not mean that we should not relax, that these favorable results and announcements will not lead to real relaxation," Kon said.
Speaking about the third dose, Kon asked the citizens not to talk about the third dose and not to go to the checkpoints. "I don't mean anything bad, but simply, not to waste time with the third dose, because we didn't give the first or the second. What I said that those who don't have antibodies will receive the vaccine in the future, that doesn't mean it's now. It must be evidence-based medicine, only when all the research is done, when it is determined when, how much time must pass", Kon stressed.
He added that measuring antibodies is only one of the indicators of immunity, but not an...