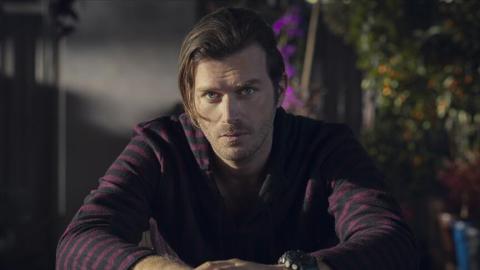 Turkish actor Kıvanç Tatlıtuğ made a guest appearance on the second season of Netflix's Belgian series "Into The Night."

According to a statement from the company, Netflix announced a new cast joining the second season of the series.

Turkish actor Kıvanç Tatlıtuğ joined as a guest star in this season of the series, the first season of which featured actors from countries such as Belgium, France, Turkey, Germany, Poland, Italy and Russia.

Written and directed by Jason George (Narcos, The Blacklist), "Into The Night" is produced by George and Tomek Baginski (The Witcher, The Cathedral).

In a statement, Yadir said, "I was very impressed by the good acting and the harmony created by the different languages in 'Into the Night.' The talented actors from all over Europe bringing their experiences and cultures created a tremendous synergy and a great job. Although languages such as French, Arabic, Spanish, Dutch, Italian, Russian, Turkish, English and Polish were spoken on set, we actually spoke a common language and understood each other very well. Being in the director's chair of this multicultural cast was a unique and enriching experience for me."