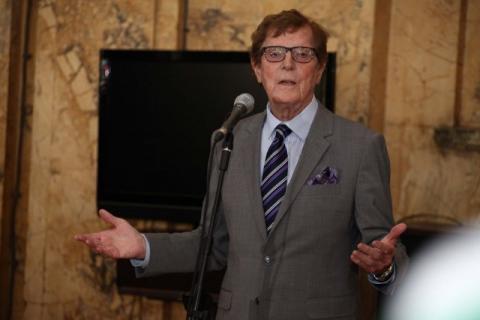 The beloved TV host was rushed to hospital on Saturday.
He was transferred to pulmonology due to a disease he has been battling for a long time.
Six days ago, Serbian composer was urgently transported to pulmonology due to illness, where he lost the battle with a vicious disease. The news that he passed away was also published by Goran Vesi.
Minja Subota was a Serbian composer, entertainer, musician, photographer and graduate electrical engineer. He worked for a long time as the host and author of the children's TV show "Muzicki tobogan" ("Music Slide").
His music TV show "Muziki tobogan" was broadcast eighteen years and is a record holder by rating and popularity on Serbian television program. Minja was the president of the Union of Performing Artists of Yugoslavia and Serbia, and for a number of years he was on the boards of the Association of Serbian composers and the Association of Jazz, pop and rock music of Serbia. He was a member of the jury in numerous major music events in the country and abroad. He hosted hundreds of charitable programs.
His wife was journalist Branka Jeremi Subota (1949-2018).