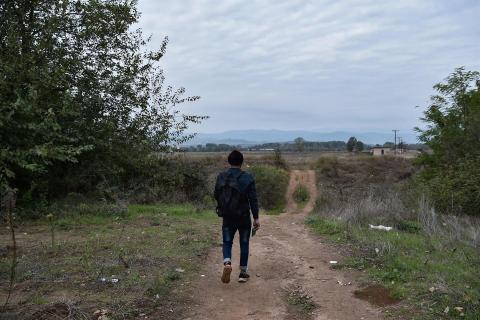 Huddled around cooking fires as winter looms in Bosnia, refugees are risking beatings and humiliation from Croatian police in the desperate hope of a new life in the European Union.

Largely from Afghanistan, many of them have endured months or years of flight from war and poverty, only to be met by Croatian police clubs and pointed guns at the gates to EU territory.

At a ramshackle camp near the northwest Bosnian border town of Velika Kladusa, a group of mostly Afghans is hoping to cross into the EU. Some have been on the road for years and others left as the Taliban overthrew the Western-backed government in August.

Although migrants have long complained of police violence at EU borders, a new investigation by major European media outlets this month uncovered alleged systematic targeting of refugees by special units in Croatia, Greece and Romania.

Zagreb later confirmed its police were at fault - the first such admission following years of denials. Greece said only that it was investigating the allegations.

Amir Ali Mirzai - who left Afghanistan three months ago - said he was attacked and robbed during an attempt to enter Croatia.

"I had 400 euros ($464) that police took, as well as my mobile," said Mirzai, who was travelling with his family, including a five-month-old baby.

Even with the threat of violence, Rasool and others still plan to take their chances.

"We prefer the deep woods and possible encounters with dangerous animals," he said, accusing police of being "more dangerous". He once met a bear on one trek through the borderlands.