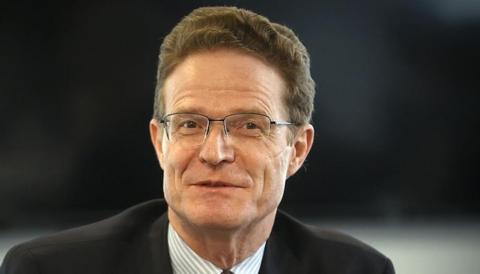 Turkey and the European Union (EU) are working on the elements of positive agenda which the European Council outlined previously, EU Ambassador to Turkey Nikolaus Meyer-Landrut said on Jan. 20.

The ambassador recalled that the EU-Turkey report for 2021 mentioned "backsliding" in Turkey in the area of human rights, the rule of law and more widely in Copenhagen criteria, and noted that this decision does not allow for the continuation of accession negotiations.

"In this context, they are working on the elements of positive agenda between Ankara and Brussels," Meyer-Landrut said, speaking to the members of the Diplomatic Correspondent's Association.

Asked about the ongoing case of Osman Kavala, a businessman and civil society activist who has been in jail for more than four years on the charges of financing the 2013 Gezi protests and playing a role in the 2016 coup attempt, the envoy said they have been monitoring the trial as they had been doing previously.

Meyer-Landrut recalled that the EU expects all members of the Council of Europe to comply with the obligations and respect the rulings of the European Court of Human Rights (ECHR).

Asked how the Turkish court's decision would impact the EU-Turkey relations with regards to human rights issues, the ambassador said, "I will not reply...