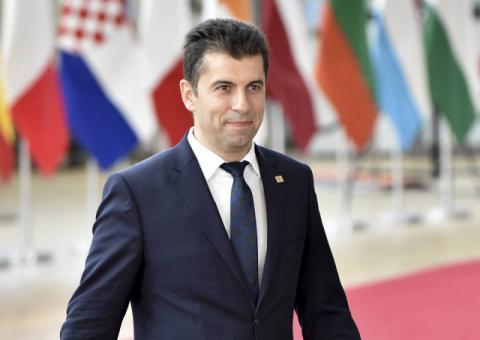 "The National Assembly today made a really responsible decision", said the resigned Prime Minister Kiril Petkov on the occasion of giving a mandate to lift the veto for EU negotiations with RNM.

From Brussels, where he is at the European Council, Petkov said that he should thank a lot of people who helped to achieve this result.

"I will start with Foreign Minister Teodora Genchovska, who said clearly, despite pressure from her party, to say something different - she said clearly that this is the best solution for Bulgaria. I thank her for her courage despite Slavi Trifonov's Facebook posts." Petkov said.

He also thanked the deputies, who, in his words, "have gathered the necessary support for such a responsible decision."

"What the European leaders assessed is that Bulgaria has taken an important step. They assessed that this decision is the decision that the French government offered, the EU really supports and realizes that the Bulgarian requirements are becoming European. Now is the time for the RNM government to lead its nation. It is up to them at the moment to say that they want to be part of the EU and are ready to take the steps to make it a reality," Petkov said.

Petkov also said that all European leaders have congratulated us on taking a pro-European position - from Emmanuel Macron, Charles Michel and Olaf Scholz, to Ursula von der Leyen.

"All prime ministers congratulated us and thanked us for understanding the conditions that are...

The US has quietly given Ukraine the HARM Radar Hunters

Inflation in the Eurozone Hit a New Record