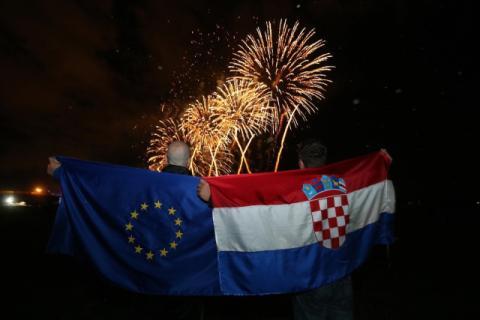 As of today, Croatia has become the 20th member of the Eurozone and the 27th member of the Schengen area. More than 70 border points with Slovenia and Hungary and 12 - along the sea border are being removed. On this occasion, the President of the European Commission, Ursula von der Leyen, is expected in Zagreb.

From today, Sweden takes over the presidency of the EU Council from the Czech Republic for the next six months. This is happening at a time when the Union is facing historic challenges, Prime Minister Ulf Kristersson recently noted. In a statement on his website, he cited the war in Ukraine, the battle against climate change and European competitiveness as key issues that must be addressed.

Kristersson's conservative government has only been in power for two and a half months. It replaced the cabinet of social democrat Magdalena Andersson.