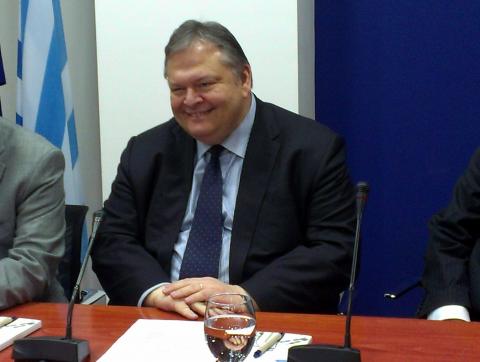 “I have the impression that the government, the political system and civil society in Skopje are ready to participate in a dialogue not only on the name issue but also on the enhancement of bilateral cooperation,” Venizelos said.

He also spoke to Ali Ahmeti, the head of the junior ruling ethnic Albanian party, the Democratic Union for Integration, DUI, as well as to the head of the main opposition Social Democrats, SDSM, Zoran Zaev.

Arriving in a double capacity both as an EU and a Greek official, Venizelos added that he was under the impression that his Macedonian interlocutors “understand very well that Greece is the real gateway towards the European perspective and the Euro-Atlantic destiny of this country.”

Despite repeated recommendations by the European Commission, the EU has not started talks with Macedonia, nor has it been invited to join NATO, owing to the dispute with Greece over its name.

Venizelos said that both parties had expressed willingness to intensify “name” talks under the auspices of the UN. After almost two decades of negotiations the UN talks have failed to yield a compromise solution.

Speaking in Greece's capacity as president of the Council of...