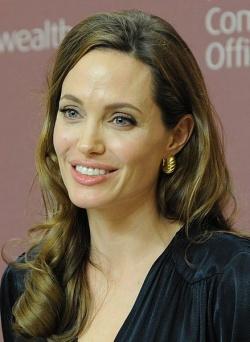 Hollywood actress Angelina Jolie has made a USD 50,000 donation to the Red Cross flood relief efforts in Bosnia and Herzegovina and Serbia.

The floods in the Western Balkans have claimed dozens of lives and damaged thousands of homes over the past week. The damages are yet to be calculated.

"It is tragic that a region that has seen so much conflict and devastation has now been struck by natural disaster on this scale," Jolie said, as quoted by the Serbian InSerbia.info. "My thoughts are with all the families that have seen their homes and livelihoods swept and away and lost loved ones."

"I am particularly concerned by the immediate threat to life posed by mines and unexploded ordinance in areas that have been ravaged by the floods in Bosnia. The damage left by the war is literally lying just beneath the surface of the country, and the international community must take action to help secure these areas," Jolie claimed.

According to the actress, it was "inspiring to see people in both countries come together to support their neighbors and fellow citizens. It is time for all of us to do the same, and to step up and help with the recovery."

The Hollywood star has established close ties with the Balkans, after in 2011 she made her directorial feature debut with In the Land of Blood and Honey, a love story between a Serb soldier and a Bosnian prisoner of war, set during the 1992–95 Bosnian War. She wrote the script after twice visiting Bosnia and Herzegovina in her role as a UNHCR Goodwill Ambassador, with the aim of rekindling attention for the survivors of a war that took place in recent history.