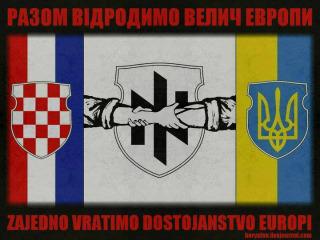 The Croatian Foreign Ministry on Thursday told volunteers to come back home and stop fighting for the Ukrainian army and special police units in Ukraine.

The ministry's message comes after the Russian foreign ministry on the same day issued a complaint that Croats were violating a peace deal.

Russia called on Croatia to "stop the perverted practice" of Croats joining the Ukrainian armed forces.

Pusic on Wednesday admitted that some Croatian citizens had joined the battle with pro-Russian separatists in Ukraine, adding, however, that they had joined the Ukrainian army and not paramilitary units.

Russia said the volunteers from Croatia and from other countries broke the terms of the international peace agreement made in Minsk, Belarus, on Thursday.

In response to these accusations, Croatia clarified that the ministry had only explained the facts that about eight Croatian citizens were present in Ukraine, whose "departure is not tied to any Croatian state institutions, nor are they in any way supported.

"Although it is a very small number of individuals, it does worry us and we are following the situation with the utmost gravity," the ministry stated.

The ministry called on all foreign fighters "to return to their home countries in order that this agreement from Minsk can bring concrete results as soon as possible".

Croatian media reports this week broke the news that some Croatian citizens were fighting in Ukraine as a part of Azov Battalion, a paramilitary militia under the...

ForMin Aurescu: Romania will remain a dedicated supporter of Belarusians' right to a democratic future

Time to talk with Russia rather than about Russia