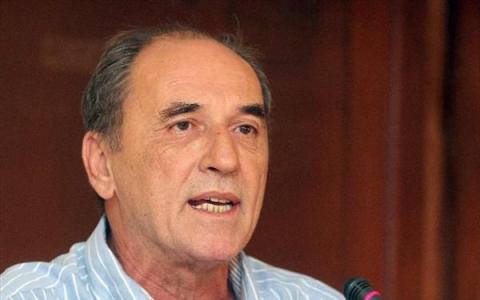 Greece should reach a deal with its eurozone partners and the International Monetary Fund next week on a package of reforms, which will help to unlock remaining bailout funds, the country's economy minister said on Wednesday.

"I think talks will lead to a deal next week. The agreement will close on (Greek Orthodox) Easter week," Economy Minister George Stathakis told Skai TV.

Last week Athens presented a list of reforms to its official creditors in a bid to show it is committed to living up to pledges of financial discipline and is worthy of aid as it scrambles to meet loan payments amid a cash crunch.

The list of proposed reforms Athens has presented to the Brussels Group includes revenues of 1.5 billion euros from privatizations this year, including the long-term lease of 14 regional airports and the sale of its largest port Piraeus.

Stathakis said the government had no plans to sell a majority 67 percent stake in Piraeus Port Authority but would seek a joint venture with investors in which it would retain a substantial stake.

"The idea that prevailed is that we will not proceed with a privatization of the 67 percent stake, which would mean a full privatization of Piraeus port. We are not discussing this," Stathakis said.

"We are trying to find some kind of joint venture."

Last week, the country's deputy prime minister said during a visit to China that Athens would sell its majority stake in Piraeus Port, where China's port operator Cosco Group is already an investor and short-listed for the sale.

Asked about the tender to lease Greece's regional airports, in which German airport operator Fraport has been named a winner, Stathakis said Athens would seek to tweak some terms of the concession but would not...

Turkish parliament extends ban on visitors due to coronavirus

The Number of Infected with the -COVID-19 is Approaching 750,000 People

Lessons to learn from the crisis: Op-ed