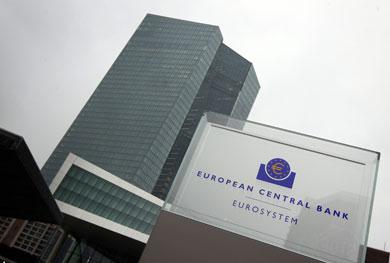 Germany's top envoy for Europe urged Greece to end its spat with the European Central Bank, saying ECB President Mario Draghi is an ally in the country's struggle for funding.

Deputy Foreign Minister Michael Roth said he made the point in talks with Greek government officials in Athens this week. Confrontation with the ECB won't help Greece and it would be "disastrous" if Europe failed to put the country on the path to prosperity, he said in an interview in Berlin.

"I tried to make clear during my trip to Greece that the ECB is a partner, not an adversary," Roth said Tuesday, a day after his return.

"We've conceded on flexibility and appreciate that the new government wants to take a new course and establish different priorities," he said. "Assuming that Greece wants to make use of that flexibility, it has to engage with the institutions" in Europe, he said.

ECB loans are buoying Greece as it struggles to win more cash from creditors who have accused Tsipras's government of failing to meet conditions required for the additional funds. The ECB on Wednesday approved a 700 million-euro ($758,000) increase in emergency funds for Greek banks after deposits declined for a sixth month.

Mitsotakis: Turkey-Libya deal a ‘threat’ to states in the region