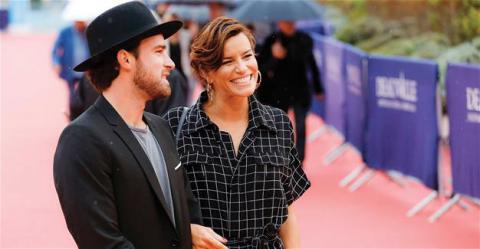 The 43rd edition of France's Deauville American Film Festival opened late on Sept. 1 in the Normandy seaside resort with a tribute to American actress Laura Dern.

The festival, a showcase for American cinema, will run for ten days and offer 14 films in the official competition. Dern appeared on the red carpet in a dress covered in blue and white feathers.

Known for her turn in David Lynch's "Wild at heart", which won the Palme d'Or at Cannes in 1990, the 50-year-old American actress appears in the third season of Lynch's Twin Peaks.

"It's so exciting that the fans not only love it... but also my son and his friends are all watching," she said.

"It's beautiful for them to say to me: we can't believe that this is the craziest thing that's ever been on television, so 20 years later a new generation still feels that way about Twin Peaks, speaks to David's genius."

The evening was set to continue with a showing of a thriller based on a true story of a U.S. agent infiltrating the international drug world.

"American Made", directed by Doug Liman, has Tom Cruise starring as Barry Seal, a pilot trafficking arms and narcotics who was recruited by the CIA for ultra secret missions in the 1980s during the presidency of Ronald Reagan.

The action film is not in competition and has already been released in many countries. None of its stars made the trip to Deauville.

In total, some 60 films will be shown by the end of the festival on September 10, of which 14 are in competition.

In contrast to the controversies that hit the Cannes festival over Netflix, Deauville has rolled out the red carpet to new forms of distribution.

ATP sent a notice: No vaccine, no French Open for Djokovic