Serbian President: ‘No Evidence’ for Arrest for US Albanians’ Deaths 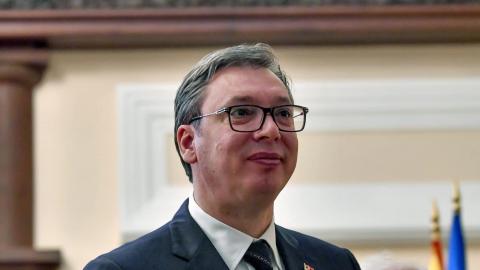 Aleksandar Vucic told the Serbian parliament on Monday evening that "there is no evidence of who committed the murder" of Ylli, Agron, and Mehmet Bytyqi - US citizens of Albanian origin who were killed in Serbia in 1999.

Vucic said that without evidence, no one be arrested based "only on media reports and lawyers' claims", because "Serbia is a serious state".

The Bytyqi brothers' family have repeatedly accused Vucic of failing to fulfil his promises to make progress towards clearing up the case.

They believe that Goran Radosavljevic, alias Guri, who was the commander of a police training centre where the brothers' bodies were eventually found, is the main suspect in the case.

Radosavljevic, who is now a senior official of Vucic's ruling Progressive Party, was briefly investigated over the crime by the Serbian prosecution, but never indicted. He denies any involvement.

Vucic said on Monday that Radosavljevic could not be arrested without evidence.

"People have been killed, the crime has been committed, but when looking for evidence from someone, they say 'why you do not arrest Guri?', and then we say 'give us the evidence', and then there is no evidence," he said.

On Monday, the Bytyqi family appealed to Vucic to put pressure on Vlastimir Djordjevic, a former high-ranking Serbian interior ministry official who was jailed by the Hague Tribunal for war crimes in Kosovo, to reveal more information about the case and about other hidden graves from the Kosovo war.

They suspect that Djordjevic, who could be due for early release soon, was also implicated in the brothers' deaths.

The three Bytyqi brothers went to fight for the Kosovo Liberation Army against Belgrade's forces and were arrested by Serbian police after...