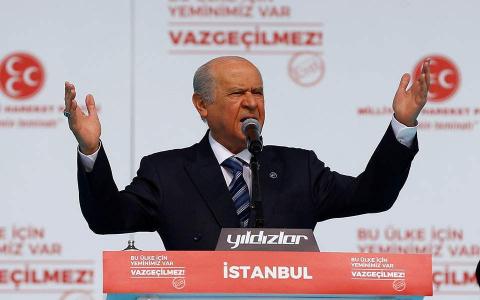 The leader of a Turkish opposition party, Devlet Bahceli, on Wednesday warned Athens that it is "playing with fire" after Greek Prime Minister Alexis Tsipras warned that Ankara's relations with the European Union will be severely disrupted if it "violates international law [and] the sovereign rights of Greece and Cyprus."

"Our patience is wearing thin. Greece is playing with fire," Bahceli was quoted by Turkey's state-run Anadolou Agency as saying.

"The Greek government should know that there are no pirates in the Aegean and Mediterranean who can block us. Tsipras should give up threatening [Turkey], and should remember history," the head of the Nationalist Movement Party (MHP) told a meeting of its parliamentary group in Ankara.

Bahceli also echoed Turkish President Recep Tayyip Erdogan on the issue of Washington's objects to Turkey's purchase of a Russian...