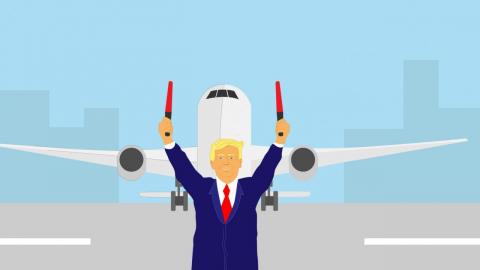 The announcement this week of the launch of flights between Belgrade and Pristina operated by Lufthansa caused much more attention than a regular announcement regarding the opening of a new airline route. Not surprising given that it took seeming mediation by US diplomats to facilitate the restoration of flights.

In fact, even US President Donald Trump chose to tweet about the deal, suggesting that it was another win for US diplomacy. It is this that gets us to the heart of the issue. As Donika Emini suggests in her comment for Balkan Insight, whatever the merits of the deal, it is perhaps most interesting because it tells us something about the changes on the side of the 'facilitators' of the dialogue between Kosovo and Serbia. Has the EU been shunted aside by the US? Read on.

2020 will be a crucial year for North Macedonia. In April, the country will hold a Parliamentary election, in which the two main parties - the ruling SDSM and VMRO-DPMNE - seem to be tied almost neck and neck and will battle to the last vote to emerge in the lead. Yet much about the country's future political and economic trajectory hinges on the very uncertain outcome of this election.
Yet the year could also be decisive in other respects. Will North Macedonia be able to open accession negotiations at long last, or will it, like Turkey, become another 'eternal candidate', as many in Skopje are beginning to fear? We analyse in more detail what the next year holds in store for North Macedonia.