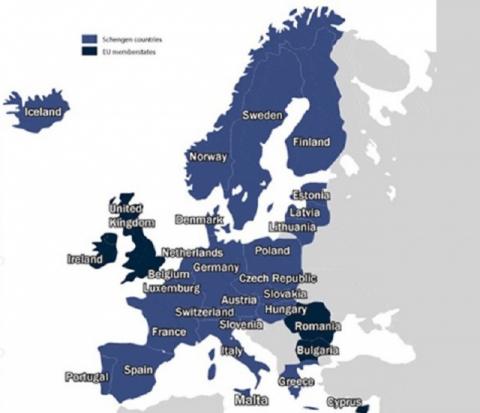 The closure of national borders has helped limit the spread of the novel coronavirus, but it's also dealt a devastating blow to tourism, travel and trade. That's especially true across the EU, where the bloc's Home Affairs Commissioner Ylva Johansson has called for a return to open borders as soon as possible.

Indeed, Johansson even went as far as to suggest member states which are currently outside the Schengen zone- namely Bulgaria, Croatia and Romania - should be allowed admittance as a means of bolstering their national economies. The lengthy delays and oppressive bureaucracy which coronavirus has foisted onto the 26 members of the Schengen zone have been common practice for well over a decade for the EU outposts outside the free transit area.

But while the European Commission (EC) has itself expressed enthusiasm for those countries' accession to both the Schengen area and the eurozone, concerns remain over their readiness to integrate more deeply with the European bloc. In particular, there are economic, legislative and political issues in Bulgaria and Croatia which have made certain member states wary of approving their application. Those obstacles must be overcome before the EU can be sure that its newest member states are ready for deeper integration.

The three countries' exclusion from the benefits which come with Schengen membership has been a point of contention for many years now, but the upheaval caused by COVID-19 and the shuttering of national borders have brought those concerns into sharp focus.

Croatia is particularly vulnerable due to its over-reliance on the tourism industry, with an estimated 20% of its GDP generated from that sector. This has...