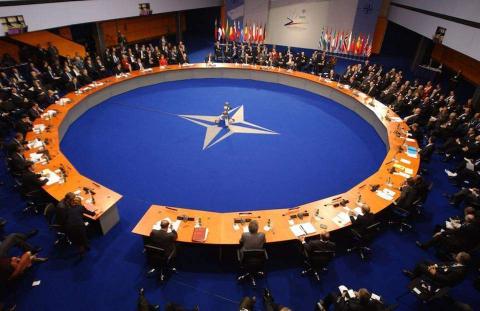 "Turkey is refusing to accept these plans unless we recogniζe the PYD/PKK as a terrorist entity," referring to Syrian and Turkish Kurdish groups that Ankara regards as dangerous rebels. "We say no. We need to show solidarity for eastern allies and it's not acceptable to block these plans." [Reuters]