Drought threat looms over Turkey as dams dry up 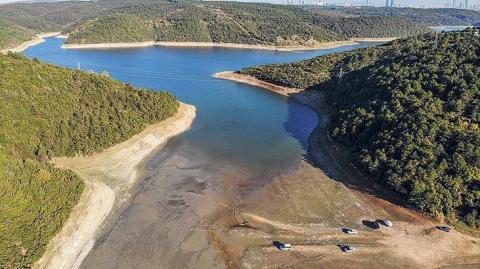 With Turkey facing severe drought conditions, dams in several major cities in the country are drying up at an alarming rate, widely affecting daily life and agriculture, officials and experts have warned.

Ankara Mayor Mansur Yavaş has announced that the Turkish capital has 110 days of water supply left, warning that the lack of rainfall could cause a significant water shortage in the summer.

Yavaş said in a Twitter post that there would be a gradual increase in the bills after 10 cubic meters of use to prevent high consumption if it is accepted in the Municipal Council.

Istanbul, the country's largest city with a population of around 16 million, also has been going through the most severe period of drought in recent years.

The Istanbul Municipality also had warned residents to use water more efficiently as water levels in the city's dams decreased to 19.62 percent, less than half the rate in the same month last year.

It is estimated that Istanbul, which needs 2.8 million cubic meters of water per day according to the latest data announced by the Istanbul Water and Sewerage Administration (İSKİ), has 60 days of water supply left.

The reason for this sharp fall was the lack of rain in November and December, according to officials.

Speaking to Demirören News Agency (DHA), İhsan Çiçek, an academic from Ankara University, said that rainy weather would come after the second half of January, but it would not be at a promising level.

"Estimates show that rainy and cold weather will affect the country after the second half of January. But this will not be at a level that will cure our problem and increase the water level that has fallen below 20 percent of the dams," Çiçek said, adding that drought is inevitable...

France to put in frigate offers as Greece beefs up military