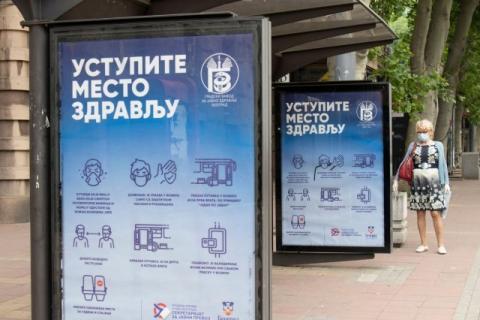 More precisely, lockdown for seven to ten days. We will have to wait a few days until the final decision.
According to the words of the Deputy Mayor of Belgrade, Goran Vesi, the Crisis Staff will meet again on Thursday or Friday, when the final decision will be made.
The curfew was first introduced on March 18, in a shortened period, from 8 p.m. to 5 a.m. in the morning the next day. Only four days later, it was extended and started at 5 p.m.
However, the culmination came for Easter last year, when the curfew lasted 84 hours from April 17 to 21. Almost a year later, we find ourselves in a situation where similar measures are being reconsidered, and it all started during the holidays around Statehood Day.
The Crisis Staff warned that these non-working days, as well as the growing number of people in resorts and non-compliance with measures, would affect the number of infected people. That's what happened.
The number of newly infected in just two days, from February 15 to 17, increased by more than 1.000, and then by that much more until February 25, when 3.588 newly infected were registered, or slightly more than today's figures show.
Precisely since that period, the curve of the number of hospitalized has been constantly increasing, while the number of people on respirators, with minor oscillations, has been growing throughout almost the whole of February. There are currently 3.977 people in hospital, 164 of whom are on a respirator.
The Crisis Staff had to react to the new situation, which we saw during the weekend behind us, when the working hours of catering facilities were shortened to 2 p.m.
However, the provincial secretary for health, Dr Zoran Gojkovi, said today, after the session of the Crisis Staff, that...