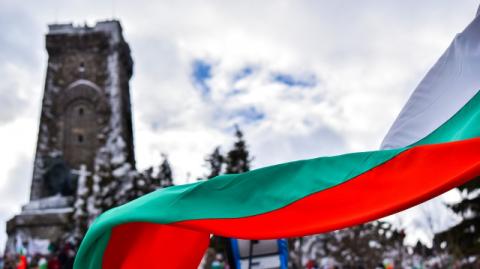 Bulgaria celebrates on March 3rd its National Holiday, marking the 143rd anniversary of its liberation from five centuries of Ottoman rule.

Liberation Day will be marked with a number of events throughout the country. The culmination is the ceremonial fireworks display on the National Assembly Square in Sofia.

This year, due to the pandemic, the authorities decided to cancel the official celebrations on Shipka Peak. However, access to the monument is free and anyone can go. The passage was open at 5:30 p.m. Until 12 o'clock the traffic will be only in one direction - to the monument at the top.

Shortly after 11 a.m., President and Commander-in-Chief of the Armed Forces Rumen Radev is expected to pay tribute to the memory of the Bulgarian volunteers.

The Russo-Turkish War of 1877-1878, known in Bulgaria as the Liberation War, started in the spring of 1877. Russia moved to declare war on the Ottoman Turkish Empire after the atrocities against the Bulgarian population during the April Uprising of 1876, which were made known to the world by US journalist working for the British press, Januarius MacGahan.

Some 66 000 Russian, Belorussian, Ukrainian, Finnish, and Romanian soldiers were killed and about 140 000 were wounded on the Russian side of the war. About 30 000 Bulgarians were slaughtered by Ottoman troops and irregulars during the fighting.

On 3 March 1878, the Peace Treaty of San Stefano (a tiny town near Istanbul) between Russia and the Ottoman Empire was signed, bringing Bulgaria back to the political map.

The Peace Treaty of San Stefano marks the revival of the Bulgarian State, dominated by the Ottoman rule since the end of 14th century.

However, the San Stefano Treaty was not final and was revised at...

5 Places in Bulgaria Even Locals Should Visit Again