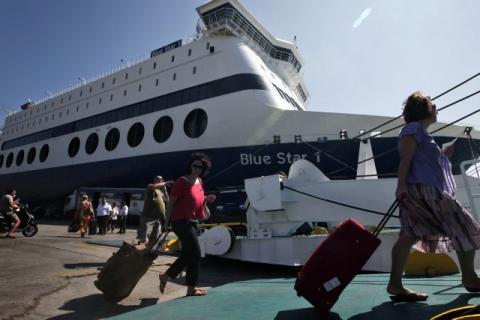 With tourism accounting for more than 20% of the Greek economy, the recovery expected this year will give a significant boost to GDP. This emerges from the report of the British bank HSBC in relation to the prospects for tourism this year.

The beaches have opened and everything shows that Europeans will enjoy a much better tourist season this year compared to 2020, HSBC points out. This will lead to a gradual recovery of tourism from June, according to HSBC.

Foreign tourist arrivals will reach about 50% of levels before the pandemic in the third quarter. After that, the recovery will be stable, with the result that the tourism industry will have returned to previous levels by the end of 2022. The recovery will be somewhat faster for Italy and Portugal than for Greece or Spain, HSBC points out.

The evolution of vaccinations is crucial

Arrivals of tourists from northern European countries to the south this year will largely depend on the evolution of vaccination programs. According to the bank report, given that vaccinated tourists will have a great deal of travel freedom, it is crucial to look at how vaccinations work in Britain and Germany. He predicts that by mid-July, half of adults in Germany and two-thirds in Britain will have been vaccinated. Older people will be able to travel freely first, as in Britain, for example, only a small proportion of those under 40 have been given the first dose. In fact, Britain is giving the second dose after three months. So...

The data for this year’s recovery are changing

Greece: Most pandemic-related restrictions expected to be lifted this month