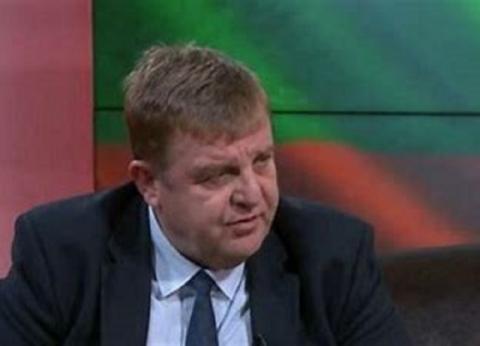 Krassimir Karakachanov's ultra-nationalist VMRO party's executive met on May 13 to discuss options for its approach to the July parliamentary elections, including standing alone or in a coalition with like-minded formations.

All other parliaments from 2005 onwards had included ultra-nationalist parties, and in Boiko Borissov's third cabinet, the "United Patriots" were the government minority partner.

The April elections saw VMRO come the closest, at 3.64 per cent, to surpassing the threshold of a four per cent share of votes to win seats in the National Assembly.

Kostadin Kostadinov's pro-Russian Vuzrazhdane party got 2.45 per cent, the Volya-National Front for the Salvation of Bulgaria electoral coalition got 2.37 per cent, Volen Siderov's Ataka 0.49 per cent and Petar Moskov's KOD(Conservative Alliance of the Right) 0.29 per cent.

After the April elections, NFSB leader Valeri Simeonov invited other ultra-nationalist parties to unity talks, reaching out to VMRO and KOD

The May 13 VMRO executive meeting did not produce a decision. Speaking to the media before the meeting, Karakachanov said that the "most logical" option, out of several, was for parties to stand together "by uniting on the basis of patriotism and conservatism, but based on shared principles".

Karakachanov listed the principles on which his party would not compromise in unification with other parties, such as: "upholding Christian values and the traditional Bulgarian family, Euro-Atlanticism, the fight against Gypsyification, support for business".

He said that the leaders of the parties should not stand as candidates "to show that our goal is not to be...