We are not going to face with the German scenario, but with another one 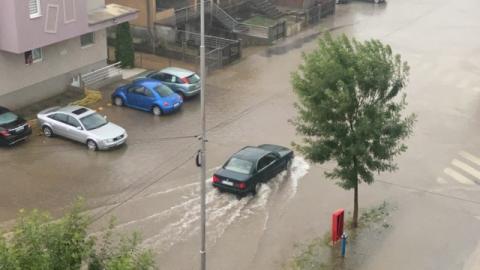 In Western Europe, about 200 people lost their lives, entire villages and even cities were flooded. The damage is huge, and the Germans are now threatened by toxic sludge. What worried us in Serbia was the large amount of precipitation that fell on our country, but also the Danube, which "collects" all that water from Europe.
However, the director of "Srbijavode", Goran Puzovi, says for TV Prva that as far as the Danube is concerned, we should not worry because what happened in Germany is related to the Rhine River, and not the Danube.
According to him, such natural disasters are possible everywhere in the world because nature "wreaks its anger". "We had a similar situation in 2014, but after that a lot has changed and the state has invested a lot since then, so that something like this does not happen again. We are safer than back then," Puzovic said, adding that it should be said that no one is ever 100% safe.
He believes that what awaits us are two types of floods - torrents, caused by the tributaries due to the buried riverbeds and streams, but also urban floods in cities.
"When 50 mm rain falls per hour, no sewage structure can accept that. Also, there is illegal construction," Puzovic pointed out, explaining that it greatly affects the entire sewage infrastructure.
There is also a constantly growing number of people living in the cities where the entire water supply and sewerage network was built many years ago.