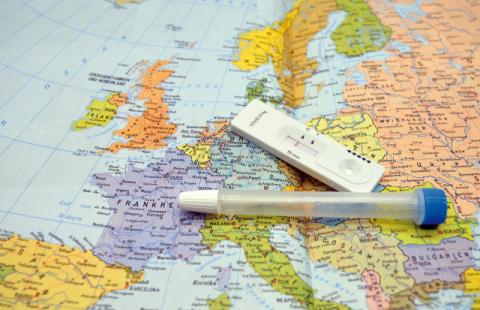 Bulgaria ranks first in Europe in mortality with COVID-19, according to data from the European Center for Disease Prevention and Control. It is as of Thursday (September 2), and mortality is measured as the number of deaths infected with coronavirus per 1 million people in two weeks.

The first place in terms of mortality with COVID-19 in Bulgaria is assigned by the data presented by the online tool Our World in Data - it was developed by scientists and is considered a reliable source of information from a number of world media, is used in the curriculum of the most recognized universities. The indicator is also for the number of deaths per 1 million population, but the reporting period is half - one week. According to these data, Bulgaria is in first place, with 7.33 deaths per 1 million population, thus the mortality rate in the country is more than three times higher than the European average (2.03).

The Minister of Health Stoycho Katsarov commented on the high mortality rate several times in recent days, saying that it was "the other side of the coin" at the low level of vaccination. The statistics of the European Commission show that in the country only 22.2% of the adult population has received at least one dose, while the average share of vaccination in the European Union is 76.7%.

The data of the European Center for Disease Prevention and Control show that so far Bulgaria is not at the forefront of the number of new infections....

Turkey: Jihad against Cyprus – Analysis
Cyprus: Rumors of a huge hydrocarbon deposit in the Block 6 – Nothing to announce yet says the government