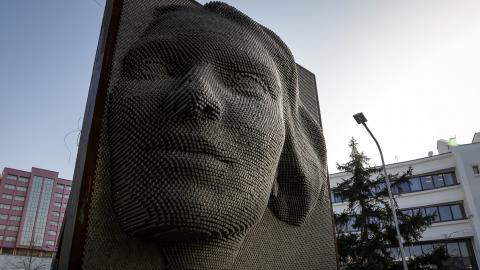 Tahiri-Sylejmani is one of the few Kosovo Albanian survivors of wartime sexual violence to have spoken out publicly about her ordeal. She followed the example of Vasfije Krasniqi-Goodman, who gave a televised interview in 2018 about how she was raped by Serbian policemen when she was 16 years old. Krasniqi-Goodman, who is now an MP, was credited as opening up discussion about the issue of wartime sexual violence in Kosovo.

Tahiri-Sylejmani gave her account to psychoanalyst Wiola Rebecka for her recently-published book, 'Rape: A History of Shame', a poignant chronicle of sorrow, stigma, trauma, post-traumatic stress disorder, transgenerational trauma and survivor syndrome. The book contains the stories of women who were raped during conflicts in various countries, including Kosovo.

Thousands of women are believed to have been victims of sexual violence inflicted by Serbian forces during the Kosovo war of 1998-99, which NATO brought to an end with a 78-day bombing campaign that ended President Slobodan Milosevic's repressive rule over what was then a Yugoslav province.

Rebecka, who is based in New York, has worked as a therapist in several conflict-affected countries - Rwanda, the Democratic Republic of Congo and Kosovo. "My work in the field as a therapist in different zones of conflict has brought me the opportunity to listen to war rape survivors' experiences," she told BIRN during a visit to Pristina.

"The images and ideas associated with rape are so intense and disturbing because we don't have the language to describe cruelty, and every rape during a war is an act of cruelty," she said.

She added that the book shows that there is something unique about the situation in Kosovo. "Based on the terrifying and previously...

Academic to go on Africa tour to provide scholarship

Macron acknowledged: France is responsible for the genocide VIDEO

Because of what awaits us, they are preparing a "new WHO"