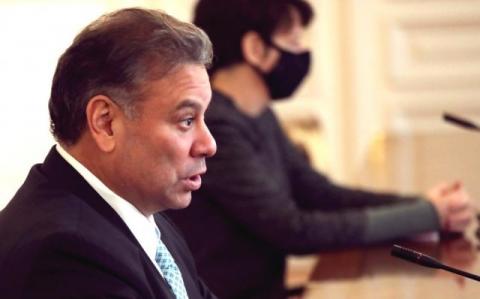 In an interview with the Croatian agency, Escobar said that Serbia "historically, culturally and economically belongs to Europe" and that most of its citizens believe that their future is in that alliance. He also reminded Milanovic that Serbia stated EU membership as its strategic goal and that it was already connected with that alliance.
"I think that process has already come a long way," Escobar said.
In his opinion, Serbia should be faster in that process, but he pointed out that less progress, partially aggravated by the pandemic, was still achieved. "In terms of foreign policy alignment with the EU, Serbia has been better this year than it has been for a long time," Escobar said, citing a European mechanism that measures overlaps in foreign policy decisions, according to which to the extent of two-thirds, Serbia has harmonized its foreign policy with the EU.

Escobar also assessed that Bosnia and Herzegovina does not have an outstanding ethnic issue, but a problem of systemic corruption. He also said that he was more worried about demographic and economic difficulties in BiH than ethnic issues.
He emphasized that the structure with three constituent peoples remains the foundation of American policy in Bosnia-Herzegovina. "Political consensus can be reached through limited reforms, not by changing the structure of Dayton," Escobar said, adding that the United States is currently working with BiH political actors to change the election law to satisfy all three peoples in the federation.
He stated that he dislikes talking about sanctions because, as he said, "he does not want the region to get the impression that the United States is engaged in it primarily through sanctions. Sanctions do...