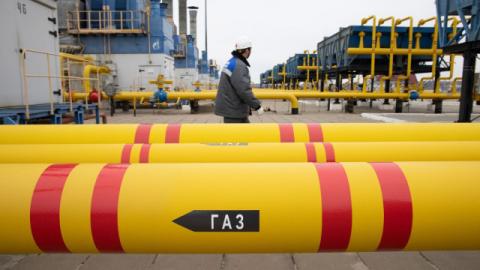 "Bulgaria's refusal of the new gas payment system proposed by Russia will inevitably lead to higher prices for end-users". This was stated in an interview with TASS by Yuri Phillipson, director of the Fourth European Department of the Russian Foreign Ministry.

"In essence, Bulgarians are faced with dubious costly schemes under which American corporations and all kinds of intermediaries will make money. Rising prices for end-users are inevitable, and the baseless accusation of using 'gas as a weapons' - as it is now fashionable - is an attempt to blame Russia," he said.

Philipson noted that Bulgaria, which until recently "claimed the role of a gas hub for the Balkans and the whole of Europe, is urgently looking for alternative sources and ways to import blue fuel."

"Promises have been made to compensate for the deficit by purchasing liquefied natural gas in the United States and reserving capacity at the Greek terminal for its reception," he added.

According to the diplomat, today Russia is witnessing "attempts by official Sofia to correct itself from the powerful blow that the authorities themselves inflicted on the Bulgarian economy and social sphere by participating in anti-Russian sanctions, with a radical interpretation of relevant EU approaches, including rejection of the scheme to pay for the supply of natural gas proposed by Russia".

Phillipson stressed that Russia's proposed gas payment algorithm was "transparent and simple." "Many European companies are already using it successfully. The Bulgarian authorities must decide whether to switch to the new payment system in order to receive fuel on time, in full and at a reasonable price, or to reject the innovation to...